You almost can’t discuss the Big Apple without at least touching on NYC fashion; although Paris may have historically been the center of the fashion world, Manhattan’s Garment District has long been home to some of the top names in NYC fashion.

In fact, NYC fashion virtually sets the tone for the rest of the country, and contributes some $14 billion to the local economy every year. The Garment Distric is still home to legendary and influential figures in NYC fashion including Oscar De La Renta, Calvin Klein and Liz Claiborne. Despite the fact that most of the actual production has been shipped to China, Indonesia and Pakistan (resulting in an alarming decline in the quality of assembly and materials), the trend-setting designs still emmanate from Manhattan’s NYC fashion district.

The NYC fashion district had some dubious beginnings; during the first part of the 19th Century, it was a center for the production of clothing worn by black slaves on plantations in the South. Those who owned slaves found it was more economical to buy clothing than having their slaves make their own – which is what most average Americans did prior to 1820.

Before that time, only the weathy could afford to have ready-made garments. Industrialization, the invention of sewing machines and economies of scale started to change during the years leading up to the American Civil War. Before long, tailors in Manhattan were producing ready-made clothing that was increasingly affordable for average working Americans.

An abundance of federal contracts for uniforms during the Civil War caused a boom in Manhattan’s Garment District. By 1870, more Americans were wearing clothing purchased at the General Store than were sewing their own.

The fact that NYC fashion became so prominent however was due to the influx of immigrants from Germany, Russia, Austria, Hungary and other European countries who had experience in both the business end and/or the production of clothing.

The history of NYC fashion is also one of labor unions and violence. Most garment workers during the decades on either side of 1900 worked under appalling conditions; attempts to unionize were met with harsh retribution from management, backed by local government. By 1920, the United Hebrew Trades Union, having nowhere else to turn, went to organized crime bosses. One prominent leader in what was essentially the “Jewish Mafia” was Dutch Schultz; part of this colorful, but ultimately tragic chapter of NYC fashion was the inspiration for a novel by Harry Grey entitled The Hoods, which was the basis of the 1983 Serge Leone film Once Upon a Time in America.

Ultimately, garment union’s association with organized crime was nearly the undoing of the NYC fashion industry. Between 1957, when crime boss Carlo Gambino virtually took over the Garment District, until the early 1990s, mobs siphoned off tens of millions of dollars every year. This was a major cause of much of the removal of manufacturing to overseas factories over the past twenty years.

Want to enjoy a nice walk? The formal shoes can give you the ultimate comfort and you can explore a…

It is needless to say that a stylish and well-fitted attires make you feel on cloud nine. At the same… 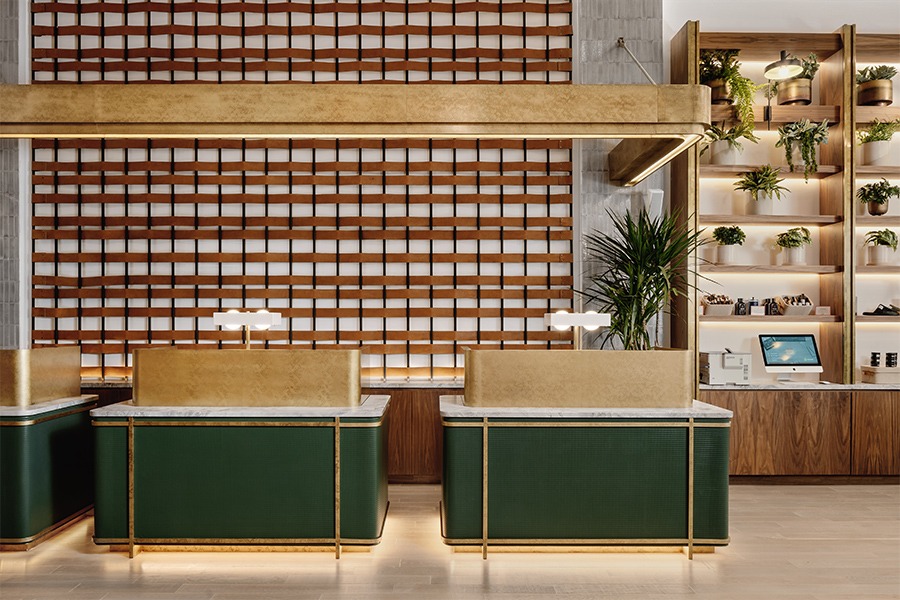 For the design of the 489-space Arlo Midtown in Manhattan’s Garment District, Meyer Davis cofounder Gray Davis and task guide…

Travel Blog
We use cookies on our website to give you the most relevant experience by remembering your preferences and repeat visits. By clicking “Accept All”, you consent to the use of ALL the cookies. However, you may visit "Cookie Settings" to provide a controlled consent.
Cookie SettingsAccept All
Manage consent

This website uses cookies to improve your experience while you navigate through the website. Out of these, the cookies that are categorized as necessary are stored on your browser as they are essential for the working of basic functionalities of the website. We also use third-party cookies that help us analyze and understand how you use this website. These cookies will be stored in your browser only with your consent. You also have the option to opt-out of these cookies. But opting out of some of these cookies may affect your browsing experience.
Necessary Always Enabled
Necessary cookies are absolutely essential for the website to function properly. These cookies ensure basic functionalities and security features of the website, anonymously.
Functional
Functional cookies help to perform certain functionalities like sharing the content of the website on social media platforms, collect feedbacks, and other third-party features.
Performance
Performance cookies are used to understand and analyze the key performance indexes of the website which helps in delivering a better user experience for the visitors.
Analytics
Analytical cookies are used to understand how visitors interact with the website. These cookies help provide information on metrics the number of visitors, bounce rate, traffic source, etc.
Advertisement
Advertisement cookies are used to provide visitors with relevant ads and marketing campaigns. These cookies track visitors across websites and collect information to provide customized ads.
Others
Other uncategorized cookies are those that are being analyzed and have not been classified into a category as yet.
SAVE & ACCEPT